A few days after the Chicago Marathon in record-heat, I was wondering just how much more I had been slowing down, and exactly when during the course of the race this occurred.

Bigger races like Chicago provide the so-called 'splits' for every five kilometer segment. Helpfully, they also keep these with the archived results which are all accessible via the web. So it was easy enough to collect a sequence of time such as '0:22:34', '0:45:30', ... and so on. And thanks to R, my data slicing and dicing and visualizing tool of choice, it was just a handful of lines to produce the chart below. 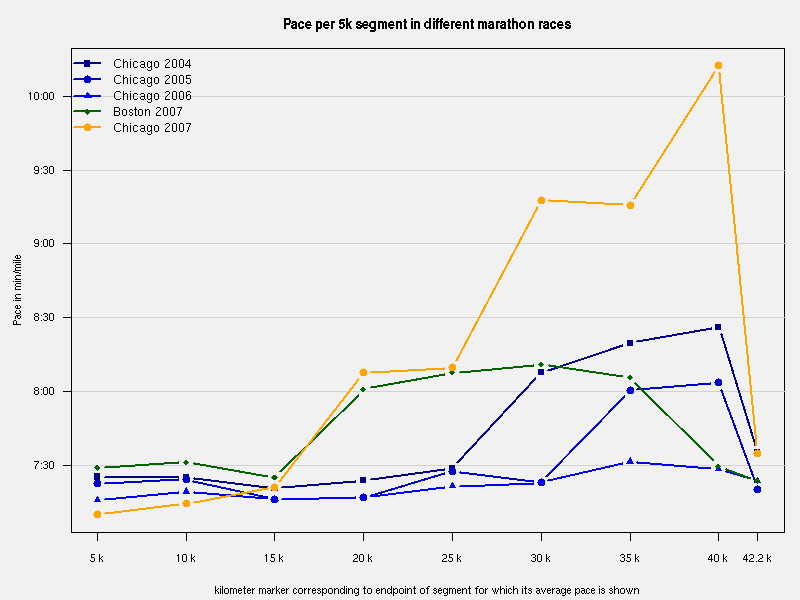 The chart shows a few things quite nicely:

While it was a tough race, I clearly ran a lot slower than previously, in particular between 25 km and 40 km. So there.