With the demise of Google Reader, many of us have scrambled to find alternatives which cover many/most of the features we were used to. For me, synchronised access from web and mobile counts quite high, and I want the (Android) mobile experience to be pretty pleasant too. So with that, and like many other folks, I had shifted over to Feedly.

And before I carry on, let me say that Feedly actually does pretty well. They handled the onslaught of new users; they also listened and changed their UI a little to be more compact and Reader-alike And most importantly, it mostly just works.

Around the time Feedly shifted folks to their own cloud-based backend, posts from my very own CRANberries aggregator of CRAN package changes for R started to show only truncated posts. See this screenshot from reading Feedly: 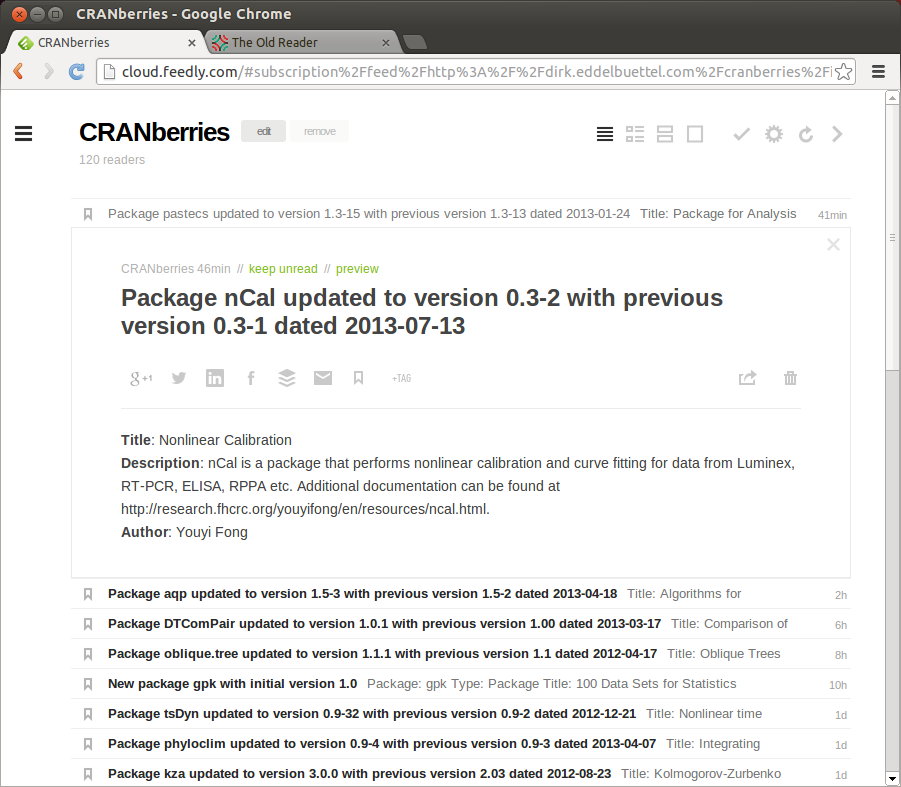 and compare it with this one from TheOldReader: 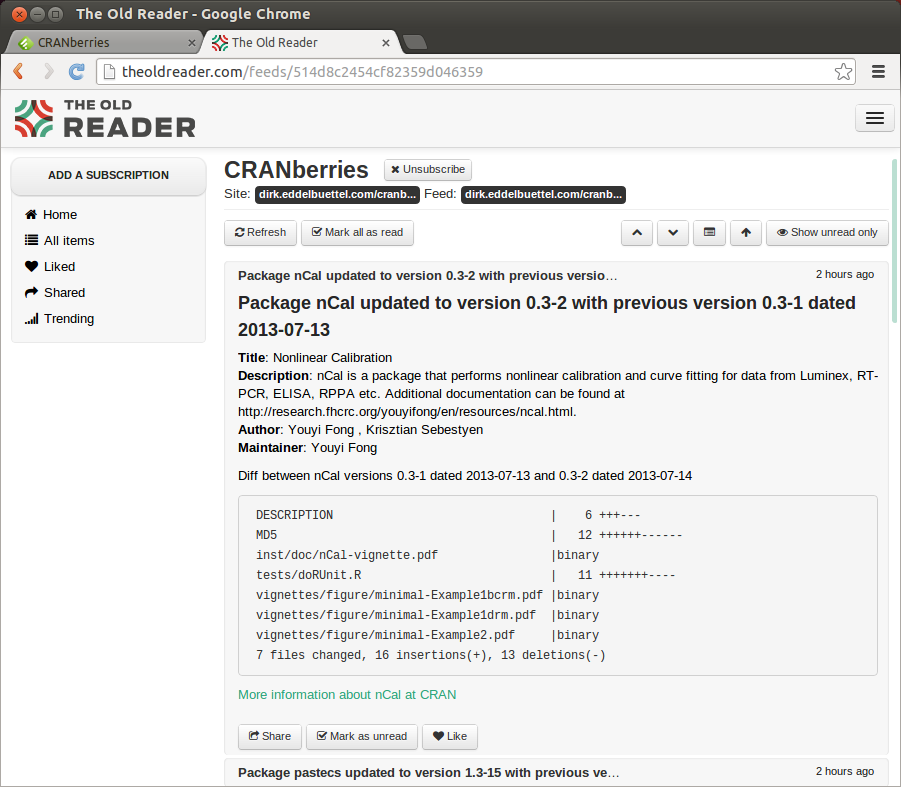 which contains the diffstat output, nicely marked up and all. Now, it so happens that I am the creator of the very RSS feed I am consuming here, and I wrote it so that I could read the very diffstat output that is now missing. And I know full well that neither the code, nor the hosting (on my own box), nor any other aspect changed. Before confirming this via TheOldReader, I looked at the RSS output, and I tried other frontend and apps --- and it became clear that the bug seems to be at the Feedly cloud storage level. And trying to be a good sport, I submitted a bug report / suggestion, but to no avail (apart from two other chiming in that they see this elsewhere too).

Given that I am the coder behind the feed that is displayed in a truncated manner, I am aware that I am using a code stack that is stale (the original Blosxom static web generator) yet which has not posed another problem anywhere in the decade I used it. Nor does the CRANberries feed pose a problem when aggregated and viewed via the TheOldReader code path, or for that matter via Planet R which also carries (parts of) CRANberries.

So for now, I have to either pivot out of the CRANberries RSS reading in Feedly and go directly to the webpage (fine, but cumbersome and in need of a working connection) or use a second subscription mechanism. I appreciate what the TheOldReader folks are doing---presumably with a minor fraction of the resources available to Feedly---and may hang with them for now.

But it would be awfully nice if Feedly could sleep off its hangover and fix this. In which case I'd be much happier recommending its service.