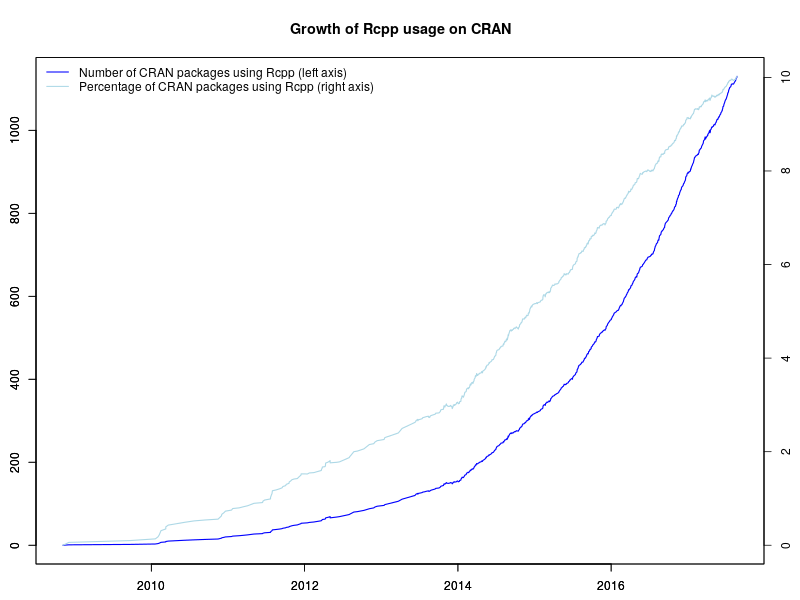 Over the last few days, Rcpp passed another noteworthy hurdle. It is now used by over 10 percent of packages on CRAN (as measured by Depends, Imports and LinkingTo, but excluding Suggests). As of this morning 1130 packages use Rcpp out of a total of 11275 packages. The graph on the left shows the growth of both outright usage numbers (in darker blue, left axis) and relative usage (in lighter blue, right axis).

Older posts on this blog took note when Rcpp passed round hundreds of packages, most recently in April for 1000 packages. The growth rates for both Rcpp, and of course CRAN, are still staggering. A big thank you to everybody who makes this happen, from R Core and CRAN to all package developers, contributors, and of course all users driving this. We have built ourselves a rather impressive ecosystem.

So with that a heartfelt Thank You! to all users and contributors of R, CRAN, and of course Rcpp, for help, suggestions, bug reports, documentation, encouragement, and, of course, code.