Installing and Running Ubuntu on a 2015-ish MacBook Air

So a few months ago kiddo one dropped an apparently fairly large cup of coffee onto her one and only trusted computer. With a few months (then) to graduation (which by now happened), and with the apparent “genuis bar” verdict of “it’s a goner” a new one was ordered. As it turns out this supposedly dead one coped well enough with the coffee so that after a few weeks of drying it booted again. But give the newer one, its apparent age and whatnot, it was deemed surplus. So I poked around a little on the interwebs and conclude that yes, this could work. 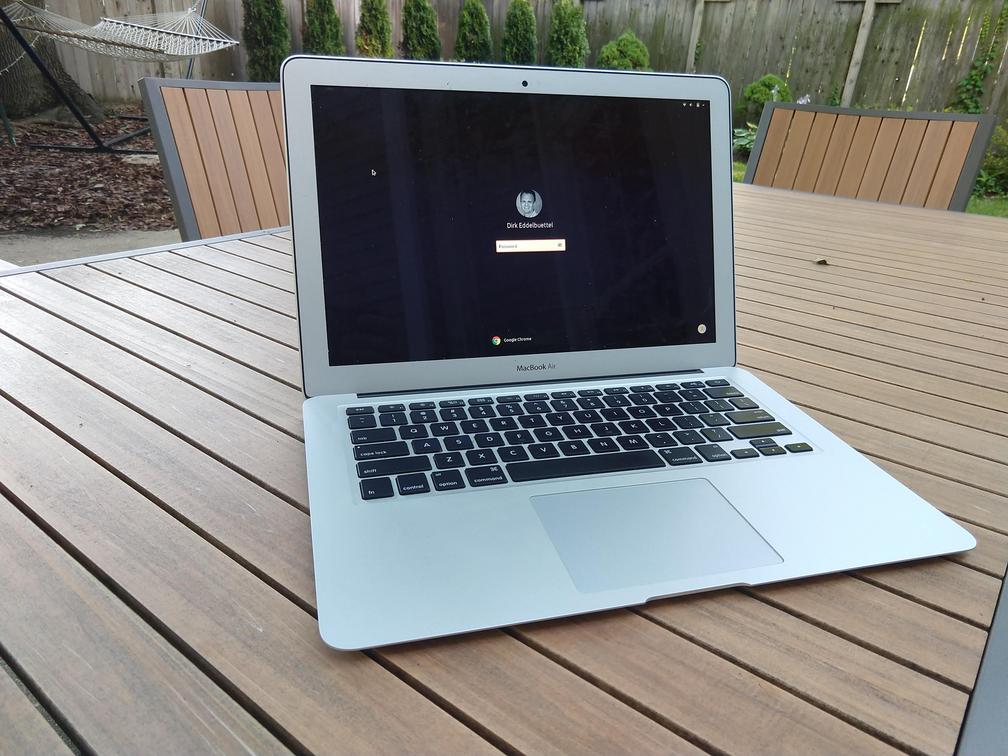 Fast forward a few months and I finally got hold of it, and had some time to play with it. First, a bootable usbstick was prepared, and the machine’s content was really (really, and check again: really) no longer needed, I got hold of it for good.

tl;dr It works just fine. It is a little heavier than I thought (and isn’t “air” supposed to be weightless?) The ergonomics seem quite nice. The keyboard is decent. Screen-resolution on this pre-retina simple Air is so-so at 1440 pixels. But battery live seems ok and e.g. the camera is way better than what I have in my trusted Lenovo X1 or at my desktop. So just as a zoom client it may make a lot of sense; otherwise just walking around with it as a quick portable machine seems perfect (especially as my Lenovo X1 still (ahem) suffers from one broken key I really need to fix…). 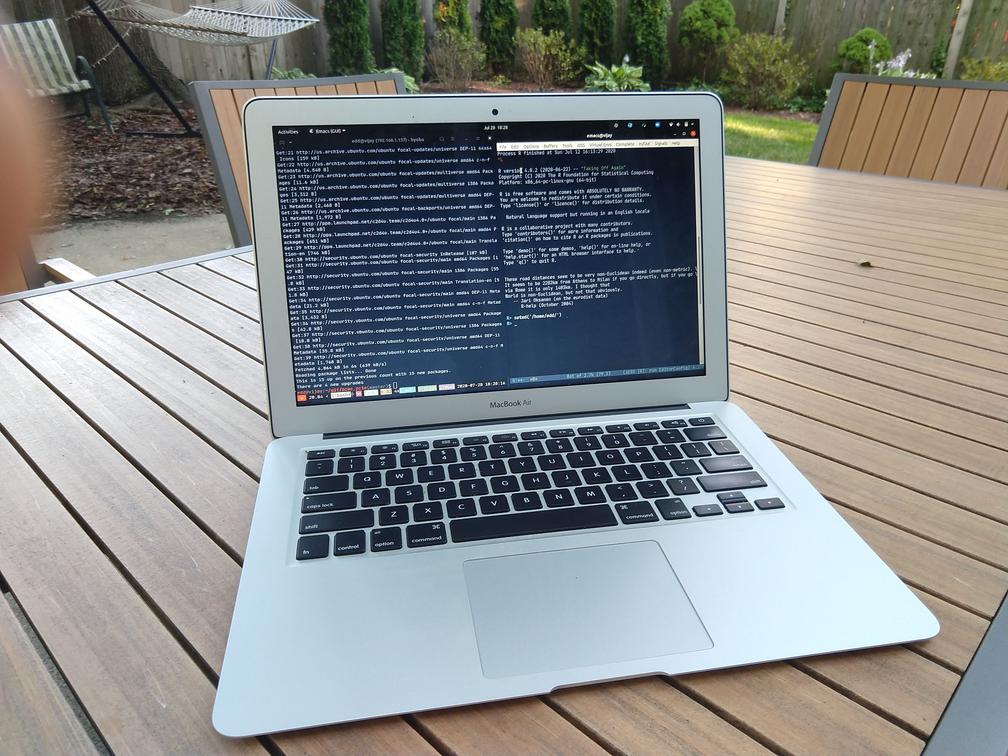 Below are some lightly edited notes from the installation. Initial steps were quick: maybe an hour or less? Customizing a machine takes longer than I remembered, this took a few minutes here and there quite a few times, but always incremental.

A bugfix release of our (still small) ttdo package arrived on CRAN overnight. As introduced last fall, the ttdo package extends the most excellent (and very minimal / zero depends) unit testing package tinytest by Mark van der Loo with the very clever and well-done diffobj package by Brodie Gaslam to give us test results with visual diffs:

This release corrects a minor editing error spotted by the ever-vigilant John Blischak.

CRANberries provides the usual summary of changes to the previous version. Please use the GitHub repo and its issues for any questions.