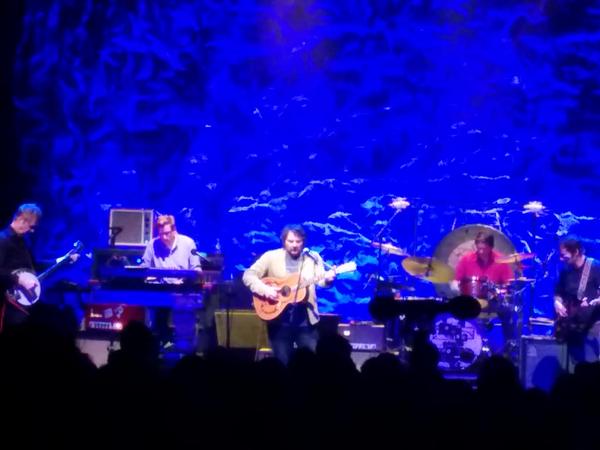 With a bit of luck due to a collegue having a spare ticket, I managed to make it to an awesome Wilco show at The Riviera in Uptown.

This concert was part of a set a six shows. Tweedy and the band were fast, and loose, and wonderful, and totally beloved by the home crowd. An truly outstanding show, and a great evening.

Also: I should get out more often. Last blog entry about Wilco was from 2005. Ouch.

A few weeks ago, RcppAnnoy had its initial release 0.0.2 and subsequent update in release 0.0.3. The latter brought Windows support, thanks to a neat pull request by Qiang Kou.

In the 0.0.3 release, I overlooked one thing: that with builds on Windows, we would also get builds against what CRAN calls R-oldrel: the previous release, which cannot turn on C++11 via the simple CXX_STD = CXX11 declaration in src/Makevars (and which we need because use of Boost brings in long long which R can only cope with under C++11 ...).

Courtesy of CRANberries, there is also a diffstat report for this release. More detailed information is on the RcppAnnoy page page.