A maintenance release of the inline package arrived on CRAN today. inline facilitates writing code in-line in simple string expressions or short files. The package is mature and in maintenance mode: Rcpp used it greatly for several years but then moved on to Rcpp Attributes so we have a much limited need for extensions to inline. But a number of other package have a hard dependence on it, so we do of course look after it as part of the open source social contract (which is a name I just made up, but you get the idea...)

This release was triggered by a (as usual very reasonable) CRAN request to update the per-package manual page which had become stale. We now use Rd macros, you can see the diff for just that file at GitHub; I also include it below. My pkgKitten package-creation helper uses the same scheme, I wholeheartedly recommend it -- as the diff shows, it makes things a lot simpler. 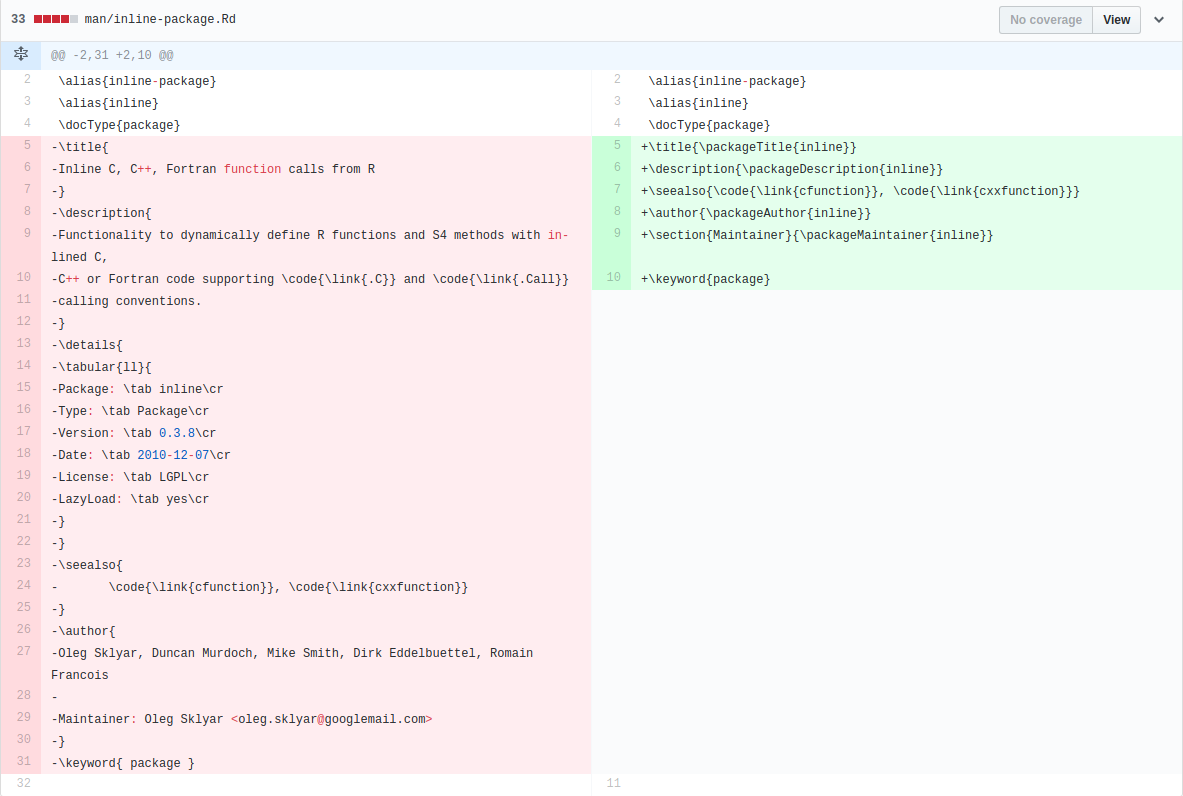 Some other changes reflect both two user-contributed pull request, as well as standard minor package update issues. See below for a detailed list of changes extracted from the NEWS file.

Courtesy of CRANberries, there is a comparison to the previous release.